13982
50%
50%
Source
flickr
The Polish parliament has rejected three law projects aiming to institutionalize the civil union not only for heterosexual couples, but also for the homosexual ones. Consequently, the Polish society was divided between the proponents and the opponents of this law.

Author
Kornel Draszynski
04/27/2013 - 09:58
There are many controversies related to the law projects aiming to introduce the notion of civil union into Polish law. Numerous points of this reform remain non-compliant with the Constitution and with the tradition of the Polish legislation.

The proposals introducing civil union to Polish law has been rejected by the Polish parliament. Taking the current state of the Polish society into consideration and the way the legal system was designed, this decision is justified by numerous arguments.

The passionate debate raises the question of the constitutionality of the proposed law. When the Polish minister of Justice, Jarosław Gowin (PO) spoke against the projects submitted for voting, he did not cease to mention the 18th article of the Constitution. It is stated there that “marriage, being a union of a man and a woman, as well as family, motherhood and parenthood, shall be placed under the protection and care of the Republic of Poland”. Defining marriage in this way leaves no loopholes to fit in the question of equality between homosexual and heterosexual couples on the legal level of their relations. Despite criticism directed towards the minister, the same opinion was produced by the analysis of the Supreme Court. Certainly, any project elaborated by PO, Palikot’s movement or the Polish popular party (PSL) does not seek to legalize the homosexual marriage. Nevertheless, the notion of marriage as defined in the Constitution puts the heterosexual couples in favor by guaranteeing their rights and protection.

Legislative practice requires voting for laws only in special cases. However, the proposals submitted for voting aimed to introduce or even create a new civil status, namely a civil union for same-sex couples. Certainly, the legislature must find an answer to the question of existence of cohabitation forms other than marriage, but demographic, social and moral implications should also be taken into account. Following this approach, it is evident that the legislative is at the position which allows it to influence the behavior of law’s recipients. This would prompt the reinforcement of certain attitudes. Consequently, the argument pro civil union for homosexual couples based on its occurrence in the society does not seem to be sufficient to adopt such a law. 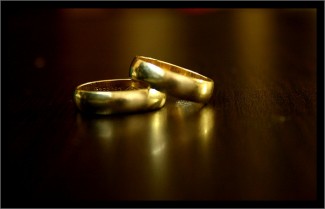 It’s all about the money, my dear

In fact, this union would only bring purely practical benefits for homosexuals. It targets specifically inheritance conditions and certain aids in administrative and fiscal procedures. So far, these are currently provided only for married couples. The tax calculation procedure is the most frequently evoked. However, the suggested solution, or in other terms the creation of a new institution on the image of marriage such as defined by the Constitution, remains visibly out-of-proportions to the real problem.

Another Constitution article, the 32nd article, also related to the equality principle and to the interdiction of discrimination, is often evoked by the authors of this law-project. This type of argument is inexpert, though. The constitutional value given to marriage, due to its importance to the existence of a family justifies its protection and promotion within the legal system. It cannot be questioned by other articles of the Constitution. Making the law with the only objective being an ideological declaration is a classic example of how law should not, or even cannot, be made.

Summing up, the introduction of a civil union for same-sex couples seems neither necessary nor prudent from the point of view of the Polish legislative tradition. Marriage as a union of a man and a woman, concepts of a so-called traditional family and of maternity will remain unavoidable obstacles as long as the 18th article is in force. Although the same article does not exclude the possibility of existence of a civil union of homosexual couples, there are no sufficient reasons to justify its introduction. Besides, despite the elaborated sophistry of this law-project’s authors, their ultimate objective is to propose an alternative form to marriage. Its privileged status is not taken into account. This leads us to some kind of constitutional fraud, where “legal” runs under two names.

The majority will win the battle against freedom

Author
Krzysztof Zaremba
04/27/2013 - 09:58
January 25th, 2013 will be remembered as the day of great deception for about 2 millions Poles. These 2 millions of homosexuals not only lost their hope for a more dignified life, but also they were humiliated by the injurious speeches of the Right-wing statesmen.

When the Polish parliament rejected the proposal of the law establishing civil union for same-sex couples, the Russian Duma voted for a law prohibiting “homosexual propaganda”. This coincidence allows us to question to what extent Poland has adopted western liberal values.

So why exactly was this law proposal rejected? The issue of this law-project is first of all the legalization of homosexual relationships. It is also a very controversial aspect of parliament debates. The majority of arguments given during the debate was however baseless. Looking on a few examples of this aberrant reasoning based on common prejudice, it is not hard to flip the debate over. First of all, numerous Right-wing politicians expressed their conviction that homosexuals chose their orientation. It is difficult to obtain more explicit prove of ignorance and lack of knowledge on the subject. There is a conflict between the theories which define the origins of homosexual orientation differently: some argue that homosexuality is genetically determined, others that it appears due to environmental factors, such as the familial situation. Nonetheless the reigning consensus is that these are exterior factors, non-manageable by a homosexual person, which is a « victim » of his/her orientation.

Furthermore, they believe that relationships between these people remain purely sexual, admitting that gays and lesbians are incapable of true love. This argument, particularly painful since it reduces a homosexual person to its animal functions, is unfounded as well. We see numerous homosexual couples living together for a long time, up to an old age, when sexual activity is not possible anymore.

Other arguments point out the incompatibility of the nature of homosexual couples and institutionalized relationships. Certain politicians believe that the only objective of the latter is procreation. This is complete nonsense, as numerous childless couples exist. There are also no tests of fertility undertaken in order to check the ability of a concerned couple to have children. This prompts us to discover the real concept of legalized relationships: an exclusive commitment of two parties.

Some of the debate’s participants have suggested that this law contradicts the Constitution which defines marriage as a composition of man and woman. It does not comment on the question of civil union. Applying the basic principle of the rule of law, meaning “everything which is not forbidden is allowed”, it is legitimate to conclude that a civil union is not incompatible with the Constitution.

Finally, an argument is often advanced in order to defend oneself against discrimination. There is no differentiated treatment, because two different situations are discussed: in one case we talk about people of the same sex, in the other about two people of different sexes. However this argument could also be used in favor of racial discrimination: we do not talk about the same situation because one person is white and another is black.

All this prejudice and misunderstandings led to the situation in which homosexual couples are clearly disadvantaged and their life is more difficult. In what exactly, though?

The negation of homosexual couples’ dignity

Law projects claimed to have eliminated numerous obstacles making the life of homosexual couples less dignified. The question concerns practical rights, which seem natural and inalienable for heterosexual couples. Among these difficulties, we can mention the impossibility of visiting an ill partner in a hospital or to know his health condition, due to the lack of the status “relative”. For the same reason, it is impossible to refuse to witness when the partner is accused, which is absolutely possible in the case of heterosexual couples. The situation is the same in affaires linked to patrimony, which is not common and to heritage, which is overtaxed. The opponents of this law could argue that all these affairs can be worked out by a number of contracts. It is true, but contractual commitments are expensive. Furthermore, all this is free of charge for married couples. Is this fair? Is the rejection of civil unions for same-sex couples righteous?

Individual liberty as the main issue

This last question can appear superficial. On the other hand, it is hardly possible to answer it. Nonetheless, the contemporary philosophy politician John Rawls has created a theory of justice which allows solving this problem. In order to find the principles of justice, he suggests imagining a hypothetical situation in which we would find us under the “veil of ignorance”. It means that we do not know our own characteristics: we do not know the color of our skin, our salary, our profession, our sex or our sexual orientation. Therefore we are incited to choose principles that do not penalize any of characteristics. So, under the veil of ignorance, we would not choose the rules allowing discrimination of black people, because it might be that we are black. Conformingly to this theory, we would choose equality of homosexual and heterosexual couple because we would not know the sexual orientation we would have (it does not depend on us). Consequently, same-sex couples equal heterosexual couples. This demonstration shows a larger reflection on the role of the state. It is justified to support a neutral state which prefers liberty. In this state, all what is not limited by the liberty of others is permitted. Therefore the civil union, which has effects only on the persons concerned, should be necessarily legal. The inverse situation is obviously contrary to the definition of liberty, therefore unjust.

Despite the rejection of the drafted law, the proponents of civil union for same-sex couples in Poland can be optimistic. History shows that forces which opt for liberty are always victorious. Many examples of that exist: slavery was prohibited, women become equal to men, or discrimination of black people was eliminated from the American law. It is therefore legitimate to anticipate even greater liberty for legal relationships: they are neither limited by social class, richness, nor nationality. This movement of liberalization is unavoidable, as the passage of time is. Those who today fight against liberty, will find themselves a minority one day. Would not they rather enjoy liberal rights, instead of fighting them?