35980
49%
51%
Source
Wikipedia
Catalan independence is an eternal debate in the Spanish internal politics. In the last few years the political elite and a number of NGOs took important steps towards the independence of the region. At the same time, not every Catalan is in favour of the independence.

Author
Guillem Dorca
Translator
Teressa Juzwiak
06/12/2011 - 10:13
Since the second half of the 19th century, Catalans strive to fit in with Spain. All efforts have failed, leaving independence as the only possible solution.

Since the second half of the 19th century, we, the Catalans, strive to fit in with Spain, trying to transform the country into a multinational state and in this way, preserve the cultural character and own historic path of the Catalan nation.

However, currently Catalan citizens are suffering from a growing frustration, as they see how this fitting in becomes impossible after the Constitutional Court’s ruling on the Estatut d’Autonomia of 2006, which came to light after four years of judge deliberation in a process that questioned the judicial independence of this body; and that totters Catalonia’s self-government.

Thus, at this moment, it became clear that Spain has no federal culture and doesn’t want to change, that it is already comfortable with its current state model, favoring Spanish nationalism and denying the rest of nations that form the kingdom of Spain. Hence, the only way that we Catalans can achieve our demands and protect our interests is through secession, bringing to an end 300 years of subordination to Spain.

The only guarantee for its own culture and language

Through independence, it would be possible to protect, with full guarantee, the culture and the català (Catalonia’s own language), because although it is presently co-official with Castilian in Catalonia, it is actually at a disadvantage of opportunities, since in many areas such as in the judicial branch and when dealing with the state administration, there is a clear predominance of Castilian. It is also worth noting that, currently the Spanish state vetoes Catalan language as an official language in the European Union.

Different from other nationalisms, Catalan nationalism is not based solely on romantic identity arguments, but there is presently more emphasis on explanations based on economic issues as well as on citizen welfare. In this way, the independence project has emerged from the marginalization it suffered only ten years ago.

Hence, independence is the only way to end fiscal plundering suffered by Catalonia as a consequence of central government policies, which ascends to more than 10% of its GDP. This means that every year, more than 22,000 million Euros are diverted to the central government, which is then invested in other regions.

This figure greatly surpasses the inter-territorial solidarity quota and result in Catalonia’s growing indebtedness to meet the population’s needs. After the German Supreme Court ruled the richest German länders’ solidarity quota at 3.6% of their GDP, since a higher quota could put their own development at risk; it would be safe to suggest that Spain plunders Catalonia’s resources as if it were a colonial territory. 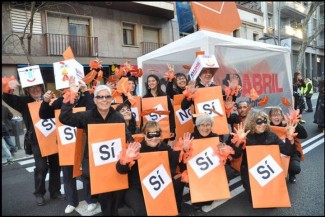 This plundering results in a lack of investments in Catalonia, both in Welfare Sate (health service, education, and social aids) and in infrastructure, for example, the absence of a Mediterranean high-speed railway system or the refusal to turn Barcelona’s airport into a hub. Despite being a highly developed region, this investment shortage has led to Catalonia’s loss in competitiveness in today’s globalized world.

Independence would change this scenario and, as international prestigious economists assert, an independent Catalonia would become the fourth richest state of the European Union.

To conclude, secession is the easiest way to deepen our democracy, ending the great deficits of the Spanish State, such as an ultra-rigid constitution, the questionable independence of the judicial branch and the lack of citizen participation in the country’s political life (the system is structured in a way that referendums are only possible in cases of Statute or Constitutional renewal).

It is true that secession is the most complex process in which a society can work with, but in a time of economic, institutional and moral crisis, it is one of the few political projects that can bring citizens’ hopes up, leading them to join this exciting and inclusive process.

Author
Sergio Freijo Tejero
Translator
Teressa Juzwiak
06/12/2011 - 18:19
Those that argue that Catalonia should be independent ignore the negative impact that could be generated economically, politically and sentimentally.

The independence of Catalonia would negatively impact in all respects: for economic and social reasons as well.

Independence: a fatal shock for Catalonia

In economic terms, a country with a population of seven million, being one and a half million of those retired, is impracticable. Currently, Spain is responsible for the payment of autonomic pensions, whereas if Catalonia had to pay for their own pensions, it would result in an economic disaster. Furthermore, the European Union doesn’t contemplate the possibility of separation of any of its members, thus Catalonia couldn’t be a part of the Union once its independence is achieved. This scenario implies that the fees to commercialize with Spain and the rest of Europe would be extremely high. It would take Catalonia many years to be able to join the Union, since all current members would have to agree on its entry and Spain could veto the resolution. Therefore, with the Catalan economy in its current state, Catalonia could not afford such stagnation for such a long period. 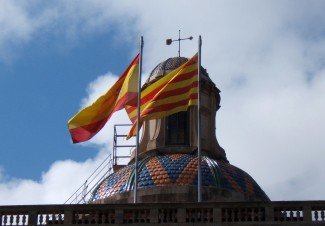 The truth is that we live in a very globalized and competitive world. Until recently, Spain was the eighth economic power and nowadays it is among the twelve most powerful countries in the world. If we separate Catalonia from Spain, the former wouldn’t have any influence on international decisions, which would reduce the decision power of both Spain and Catalonia. To conclude on the economic issue, the fiscal plundering to which so many pro-independence activists refer, must be mentioned. It is true that Catalonia has a higher income tax (IRPF: Impuesto sobre la Renta de las Personas Físicas) than most other Autonomous Communities, but this is due to its economic potential which has been drastically reduced as a result of spendthrift policies that have been carried out by the Community in the last few years and not as a result of unfair decisions from the central government. As a matter of fact, Madrid is the region that most contributes to the State, providing 12,890 million Euros, followed by 10,132 million Euros that come from Catalonia. Besides, Catalonia is the most indebted Autonomy (28,769 million Euros), followed by far by Valencia (16,280 million Euros) and Madrid (12,592 million Euros). So those who blame Spain for Catalonia’s economic downturn are completely mistaken.

If we now refer to sentimental issues, there are many questions to be pondered. Why break apart a country that has been united for half a millennium? The eldest country in Europe, a country that has been and is a country of countries. Spain has had dark pasts, but also times of great international reference. Spain is a country of which we can be proud. Why build barriers when the whole world is removing them? Why this effort to create a more united Europe if we’re throwing ourselves backwards? Why disobey a Constitution for which we fought so much? This reductionist vision makes no sense when all tends to merge, dialog, welfare and the understanding between human beings, while separation, rancor and hate are left behind.

The majority of Catalans don’t want independence (only around 20% of them want independence according to CEO and sovereignty inquiries). The Autonomous Communities must cooperate to build a better Spain, rather than foster segregation. If Catalonia becomes independent there would only be Catalans in Catalonia. What would happen to all the Catalans that feel as Spaniards? Would they leave or would they have to endure indiscriminate Catalan nationalism from the institutions? When said that Catalan language is imposed, it’s not a false cliché. In the last three years, the U.S. Department of State has denounced the infringement of Human Rights in Catalonia due to the discrimination of Spanish with the implementation of laws such as the imposition of product labeling in Catalan and the impossibility of receiving an equal education in both Catalan and Spanish. The only conclusion to be drawn from this is that Catalan language must be promoted but not imposed.

Finally, we emphasize that the future relies on a united country, always respecting the singularities of each territory. In a country where there is much that unites us and very little that separates us.